As a parent, I fear for my children's safety constantly. Not just "does he/she have their inhaler," but can their elementary school stop an intruder? Can they stop an attack like Sandy Hook? Or Columbine? Do they have appropriate safety measures in place? Maybe I'm overly-vigilant when it comes to thinking about my son and daughter's safety, but working for a private security company in Kansas City means that I constantly hear about potential threats throughout the districts we provide security service for. It's enough to make anyone a little nervous.

And with that in mind, we've done the research and compiled a list of the 6 most modern approaches (and their pros / cons) that public schools are successfully taking to increase the safety of our children from predators.

I can see the appeal of a coded door. The lock looks modern. It looks safe. It looks impenetrable and imposing. But according to Campus Safety Magazine's recent study, coded doors have the potential to do more harm than good. The stress of the situation can cause people to forget simple codes as the adrenaline from their fight-or-flight mechanism kicks in (more about that in #5). Or, as documented in the Magazine's response test, because of the pressure of the stress involved during their testing, a school official accidentally keyed an active shooter lockdown for a tornado drill, instead of the required "sheltering procedures," which could have resulted in massive injuries or deaths.

According to the National Center for Education Statistics, the #1 strategy being utilized by schools across America is the Controlled Access Strategy using ID Badges and key cards.

In this strategy, both students and teachers / school officials are required to wear ID badges, making each person easily identifiable as someone that has the correct permissions to be present at the school.

Key cards also help control access to certain parts of the building like the front door, side doors, and storage areas, restricting an intruder's ability to hide.

But a potential con to this would be if someone needed immediate access to a certain area like in the event of an emergency.

With modern technology, metal detectors and security cameras are more powerful than ever before. But there are pros and cons to both.

They come in two main forms, the large walk-through style, or the short hand-held version. They can be great at preventing weapons such as bombs, knives, and guns into the school. But...

Metal detectors are also a huge cost of both time and money. Both styles of metal detectors require training of staff or security personnel as well as time in the morning to screen every student before entering the building(s). And, while the stationary metal detector is the most powerful version, it is only effective if all other entrances to the school are shut down creating a bottle-neck entrance, meaning that it takes even more time to get everyone through so that school can start on time.

Security cameras are also extremely efficient and now more cost-effective than ever. Much like computers, they are also becoming smaller and smaller and more discreet than ever. Because of this, the RUVNA blog poses the question "whether the security advantages that this provides are significant enough to justify the violation of privacy its opponents claim they impose?" Is a student or teacher's privacy worth the safety risk?

One of the most interesting, and effective forms of modern school security is the new protocol of fighting back against the intruder. Pre-Sandy Hook, almost every school safety procedure was to lock the door, turn the lights out, and get the kids in a corner of the room. This procedure, unbeknownst to school officials, actually helped the intruder / shooter as it maximized the amount of damage done with the least amount of ammunition since all the students were huddled together with their heads down.

All of the aforementioned safety protocols are great, modern, and have enhanced school security exponentially. But if they are not practiced on a regular basis than they will not be effective. During a threat, whether it be mother nature or an active shooter, everyone involved will go through what is termed a "fight or flight" response.

Harvard Health explains the response as an "evolution of a survival mechanism, enabling people and other mammals to react quickly to life-threatening situations. The carefully orchestrated, yet near-instantaneous sequence of hormonal changes and physiological responses helps someone to fight the threat off or flee to safety."

To put it in layman's terms, your body is flooded in "adrenaline," while making you stronger and faster, it also makes it hard to concentrate on complex tasks.

Our advice is to:

a.) Have your directions written down somewhere. DO NOT RELY ON MEMORY! When someone is frightened and their fight or flight is active, remembering small details is near-impossible (after a deployment in Spec Ops to Iraq, I can vouch for this).

b.) Practice often. These drills must be muscle memory for both staff and students. Do not let an actual dangerous situation be the first time you test out your evacuation route or how to lock your door!

Keeping a school district safe and secure is not an easy task. It requires constant research, testing and practice. There are constantly new and evolving threats and the schools must evolve with them. Our children's futures are worth the money and effort.

Here's a link to a local school district, Raytown Quality Schools, who recently decided to go above and beyond and purchase modern door locks that once activated from the inside will keep intruders out no matter what.

We'll end this post with the hopes that you learned something about safety precautions in general. We're not just dealing with attacks at schools anymore. In today's world, we're also combating terrorism and violence in workplaces as well as public venues such as malls and concerts.

Know how to get yourself and others to safety.

The Future of Private Security Guards in Kansas City

The Future of Private Security Guards in Kansas City 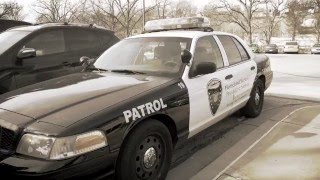